Trip Report: easyJet Manchester to Amsterdam return on an Airbus A320

Trip Report: Read our easyJet Manchester to Amsterdam return review flying on an Airbus A320 with speedy boarding and extra leg room seats.

Our flight from Manchester was early morning, which meant getting picked up at 4.00 am to get to the Airport by 5.00 am.

We didn’t have any hold luggage to check in at Manchester Airport so once we were dropped off it was straight to passport control.

As always going through passport control and security at Manchester Airport’s Terminal 1 is a nightmare if you are not using the fast track lane.

We never seem to have any problems when using Terminal 2 or 3, but the staff in Terminal 1 seem to have two speeds which are slow and stop.

On the return journey, we were travelling back with family members, so we decide to get to the Airport early to drop off our bags and have some drinks in one of Aspire Lounges.

Unfortunately, when we got to the check-in desk, a member of staff informed us that we could not check in our bags until two hours from our departure time. So instead of relaxing in one of the airport lounges we had to wait to drop off our hold luggage.

When we finally dropped off our luggage, we used the speedy check-in lanes, which we booked the previous day. In hindsight, this was a good idea as the queues for the easyJet check-in desks were long and it probably saved us thirty to forty minutes not having to wait in line.

We left the Aspire Lounge early and took a quick walk around duty-free before waiting for the gate number to be confirmed.

Having established that 3B was our departure gate we decided to get to the gate early to avoid the crowds, which was a good idea as passengers were left queueing on the stairs down to the gate.

We waited at the gate for approximately twenty minutes while the rest of the passengers flowed into the crowded waiting area at the gate.

Speedy boarding enabled us to leave the gate and board the aircraft first, which allowed us to get our cases in the luggage compartment above our seats.

Although all our fellow passengers boarded the plane pretty quick, the flight did not leave the gate until 7.20 am and took off approximately thirty minutes late.

easyJet A320 from Amsterdam to Manchester

Due to the Aspire Lounge at Amsterdam Airport being a good twenty-minute walk from the gate we left early and had a walk around the terminal waiting for our departure gate to be confirmed.

The entrance to the gate was down a flight of stairs, and by the time we got there passengers were already queueing, however, we managed to squeeze past due to speedy boarding cards.

After we had sat down, we realised that aircraft taking us back to Manchester had not arrived at the departure gate, in fact, it had not even landed yet!

Watching the remaining passengers herded like cattle into the boarding area, we then waited for the easyJet plane taking us back to Manchester to arrive.

By the time we finally boarded the aircraft and took off the flight was delayed by approximately forty-five minutes.

The Airbus A320 configured aircraft we were flying on had 180 Economy Class seats.

In addition to the standard width of 18 inches and pitch of 29 inches, there were extra legroom seats available.

We would recommend any of the seats on row 1 as you board the aircraft first and if you are only travelling with hand luggage, you have no problems with the overhead compartments.

Two Glass of Prosecco and Box of Pringles

The in-flight menu choice was better than expected and the pricing no different to other short haul airlines.

Couldn’t fault the easyJet staff and crew from Manchester, with quick boarding and drink service.
However, it was a different story from Amsterdam. Having to wait in the airport before we were allowed to check-in, our luggage was a pain and the crew on the flight were a bit slow with the drink service.

The trip met our expectations, however, having flown KLM in the past to Amsterdam; we would probably pay the extra for greater flexibility with KLM. 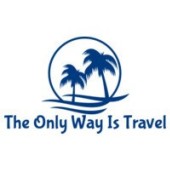